What is Steampunk you ask?  Well it’s a mix of Victorian England, The American Wild West and tons of modern technology mixed together in a creative artistic fusion of fashion, art and mechanics.  And this artistic fusion could not have been better expressed then by the participants of this year’s Steampunk World’s Fair, which took place in Piscataway, NJ.

We headed over to our first Steampunk and it was one of the best Con/Fairs we’ve attended to date.  Creativity and artistic abilities where in full swing, and there were various interpretations of Steampunk fashions from tradition Victorian to the more modern day mechanical fare.

For me personally I found the selection of vendors to be top notch.  Spread throughout two hotels and their adjoining parking lots you could get everything from gorgeous handmade dresses to buttons, ribbons, and bobbles to create your own outfit.

Throughout the day there were various events from book readings to a Punch and Judy Show.  Outside live music acts entertained the crowd. 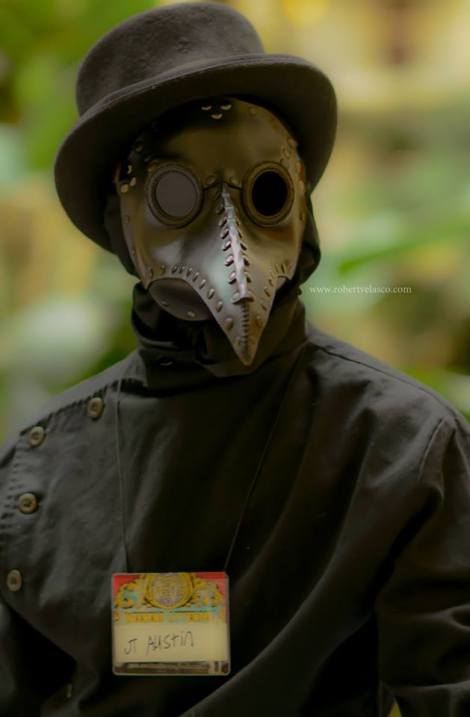 Unlike other cons we found that this con seemed to have a mixture a mixture of a young (children) and a more mature crowd.  Perhaps it’s the quintessential era that attracted the crowd or the shear creativity of the idea of Steampunk.  I was attracted to the event because I love the Victorian era, history and the ideas of days gone by.

We definitely look forward to attending next year’s event and hope to see you all attending as well.  For more information on the Steampunk World’s Fair visit http://steampunkworldsfair.com/