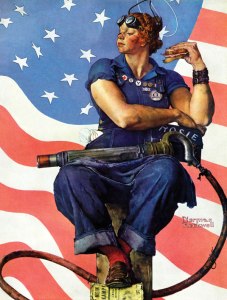 Today we bid a fond farewell to Mary Doyle Keefe famously known as Rosie the Riveter. Mary posed for the iconic image in 1943 when neighbor Norman Rockwell asked her to sit for a painting, she was compensated with $10.  Later the image graced the cover of The Saturday Evening Post and soon became an icon of the strength of the American Woman who at the time were entering the workforce during the war.

One of the most famous pin-up girls Mary was only 19 years old when she posed.  Later in life she went on to marry and have four children.  Today we say goodbye to Rosie The Riveter whose image has graced many magazines and has been redone by many models and photographers and will always be remembered as a symbol of America. 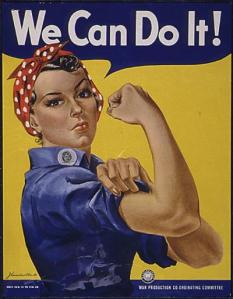