The band is called “FATN” (From Ashes to New), formed barely two years ago by vocalist, Matt Brandyberry. 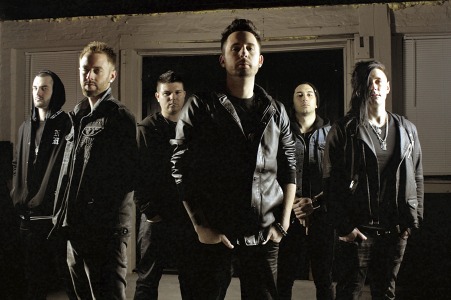 We have all played with each other in old bands and other projects,” explains Brandyberry. “And when those things stalled or fell apart, the guys who wanted to take things a little more seriously began to gravitate toward FATN. It all came together incredibly organically and we clicked almost instantaneously. It was a real ‘Aha!’ moment, like this was the band we should have been in all along.

Matt was raised on Hip Hop, his heroes are Tupuc and Biggie – “It wasn’t until my late teens that my interest in hard rock music, explains the front man “slowly but surely I got into things like Sevendust and it all snowballed from there.”

“We always wanted our songs to sound huge,” admits co-vocalist and melodic linchpin Chris Musser. “Our ambition is to throw as much as we can into them and give the listener the most connecting experience possible.

The band all had full-time jobs before this album and “To put it bluntly, there’s a lot of ‘Fuck you’ on this album,” laughs Brandyberry.

A lot of stuff, about shitty relationships, about working hard for something and people telling you can’t do it, about never accepting that things are just ‘beyond you’. We’re not the cool band from LA or New York or any of those places, we’re six regular guys from a regular place but that is in our favor, not against us. We understand what it’s like.

The brand new tracks on the EP are – 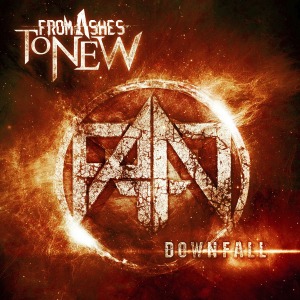 FROM ASHES TO NEW TOUR DATES