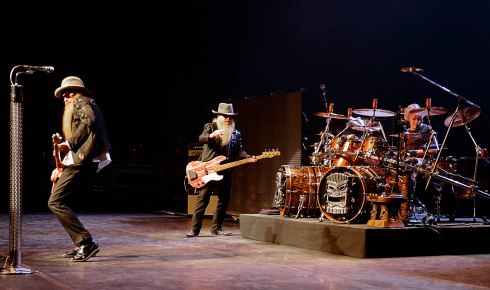 They were formed in 1970 from rival bands the “Moving Sidewalks (Gibbons) and “American Blues” (Hill and Beard). As most people were introduced to the band in the early 80’s with hits like “Give me all your loving”, “Legs” and “Sharp Dress Man”. To this day, they still have the number one song that strippers dance to . . .”TUSH”. Well, I don’t know, I’ve NEVER BEEN IN ONE(strip club) !. 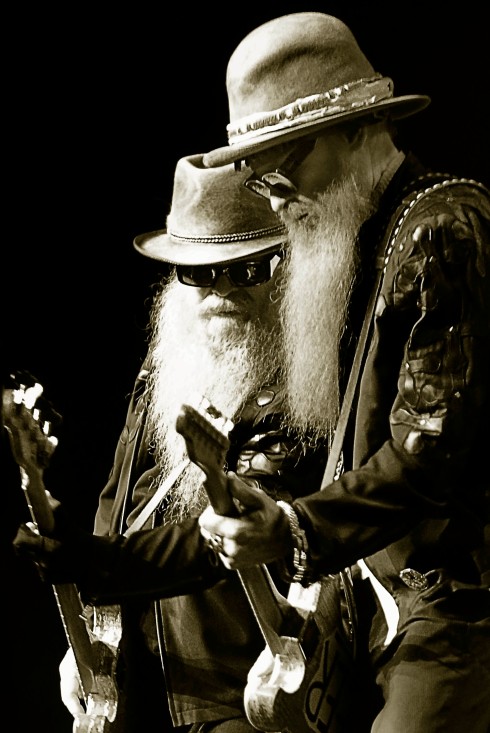 Saturday night they performed at Foxwoods Resort and Casino, and here it is 45 years later (yes, I said 45 years later) and they are still playing and better then ever.

It truly is amazing how they can keep this level of class, charm, kick ass style and killer musicianship. The name ZZ Top, according to band member Billy Gibbons, came from a tribute to B.B. King. The band originally were going to call themselves “Z.Z. King” in King’s honor, but then decided it was too similar to B.B. King. Because B.B. King was at the “top” of the blues world, they changed it to ZZ Top.

Foxwoods is an amazing place to see concerts and performers. The venue is clean and the staff is warm and welcoming. The band seems to show no signs of slowing down or breaking up anytime soon. When ZZ Top rolls into your town, I would make a trip to see the trio and watch them tear up the stage with hit songs and “Old school” style.